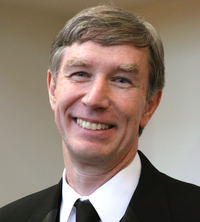 Glenn Firebaugh studies three types of inequalities: income inequality, neighborhood inequality, and inequality in life expectancy. His 2003 book, The New Geography of Global Income Inequality (Harvard University Press), was designated as an "Outstanding Academic Book" by Choice Magazine. Recently he has been studying racial differences in neighborhood quality (as measured by neighborhood poverty rates and average incomes) as well as racial disparities in life expectancy. He has also contributed to social science methods, and his book The Seven Rules for Social Research(Princeton University Press) is used in graduate methods courses.

Firebaugh is an elected member of the Sociological Research Assocation. His research has been funded by the National Science Foundation and the National Institutes of Health, and has been reported in the premier journals in sociology and demography. From 1997 to 2000 Firebaugh served as Editor of the American Sociological Review.

In addition to teaching at Penn State, he has served as a regular or visiting professor at Vanderbilt, Harvard, and Oxford Universities, and he has also taught in the summer program in survey methods at the University of Michigan.